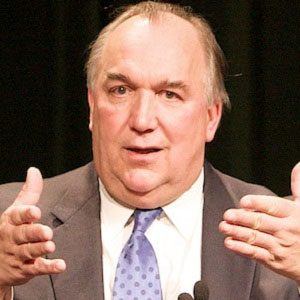 After serving in the Michigan State Senate, this Republican Party politician was elected his state's forty-sixth Governor, an office he held from 1991 until 2003.

After receiving a degree in economics from Michigan State University, he earned his J.D. from Western Michigan University's Thomas M. Cooley Law School. When he was just twenty-two years old, he began serving in the Michigan House of Representatives.

In 1996, he and Jack Kemp were two of the top potential running mates for Republican presidential hopeful Bob Dole; Dole ultimately selected Kemp for the position.

John Engler Is A Member Of