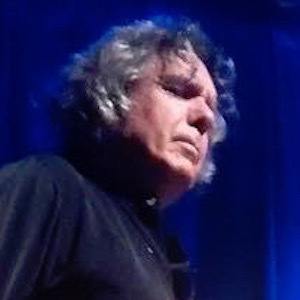 Jazz and jazz fusion guitarist known for his association with the Canterbury Scene and for his work with Rush Release.

He grew up listening to artists like Django Reinhardt, someone who prompted him to get involved with music at the age of thirteen.

He once toured with the band Icarus, but when they were in Romania, President Nicolae Ceausescu ordered that they be deported.

He was born in Lambeth, a neighborhood in South East London.

He was a huge fan of guitarist Jimi Hendrix.

John Etheridge Is A Member Of