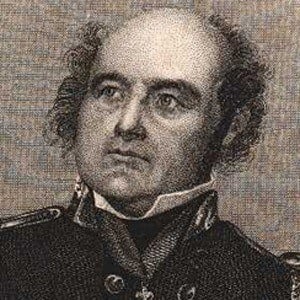 Famed arctic explorer who led Britain's largest expedition to seek the Northwest Passage and never came back from it.

He adopted an interest in the natural sciences in his teenage years.

He made three successful trips to the northern wilderness, but on his fourth he perished with his crew.

His first wife was poet Eleanor Anne Porden and his second wife was Jane Franklin.

His doomed voyage inspired many works of art, including Wilkie Collins' and Charles Dickens' play The Frozen Deep.

John Franklin Is A Member Of