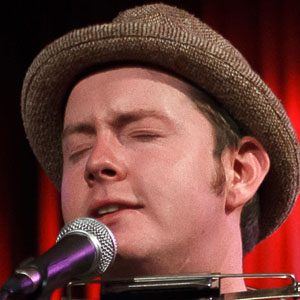 Grammy Award-nominated folk musician who plays blues and country music and was the recipient of the ASCAP Foundation's Harold Adamson Lyric Award.

He began performing at The Blue Door in Oklahoma City; the club's owner eventually became his manager.

He was nominated for the 2013 Americana Music Association's Emerging Artist of the Year honor.

He grew up on an eighty-acre family farm in Okemah, Oklahoma in a town too small for a post office.

Woody Guthrie was another native son of Okemah, Oklahoma.

John Fullbright Is A Member Of