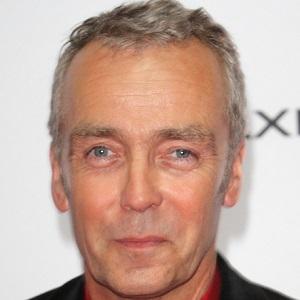 Longtime actor known for roles in such films as Sliding Doors, Four Weddings and a Funeral and The Hurricane. He also played Jonathan Carnahan in Stephen Sommers' Mummy series.

After a successful run with the East Kilbride Rep Theatre Club, he attended the Royal Scottish Academy of Music and Drama.

He also has seen success on television, starring in the series McCallum from 1995 to 1998 and also appearing in Rebus, New Street Law and BBC's Atlantis.

He married actress Joanna Roth on January 20, 1996. He has a son named Gabriel and a daughter named Astrid.

He starred alongside Brendan Fraser in the 1997 action film The Mummy.