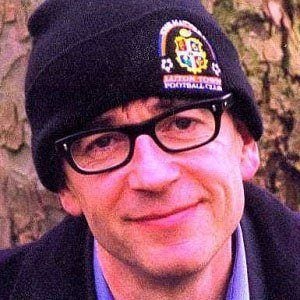 Known for poetry collections such as Those Were Your Father's and My Dog is a Carrot, Hegley is also famous for his work as a comedian and spoken-word artist. In addition, he hosted poetry-themed television and radio programs titled, respectively, Word of Mouth and Hearing with Hegley.

After earning a bachelor's degree from the University of Bradford, he made his first appearance at London's famous Comedy Store. He published his debut poetry collection, Visions of the Bone Idol, in 1984.

In the late 1990s, he played the main role in a London West End musical theater production of The Pajama Game.

He was born and raised in London's Islington district as a member of a Roman Catholic family of French heritage.

He and American entertainer and writer Nicole Blackman both rose to fame as poets and performance artists.

John Hegley Is A Member Of