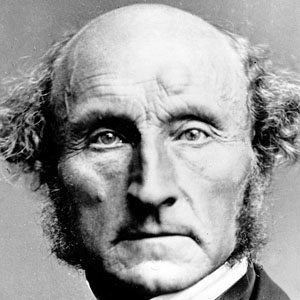 This important nineteenth-century philosopher contributed to economic, social, and political theory, publishing an 1859 work, On Liberty, that laid out his theory of personal freedom and placed a limit, "the harm principle," on the scope of individual autonomy.

He could read Greek by the age of three and Latin by the age of eight. After working for the East India Company, he studied at University College, London.

His 1869 work, The Subjection of Women, was one of the first women's rights treatises to be penned by a male writer.

He grew up in London, England, as the son of Harriet Burrow and philosopher and economist James Mill. In his fifties, he married his longtime friend Harriet Taylor.

He was an advocate of philosopher Jeremy Bentham's theory of ethical utilitarianism.

John Stuart Mill Is A Member Of