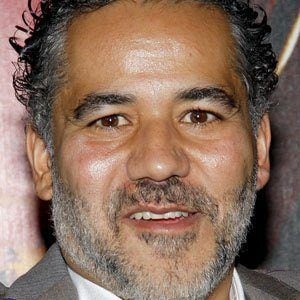 American actor who played a regular role as Carlos Tavares in the television series Clubhouse from 2004 until 2005 and appeared in the 2007 film American Gangster. His other film roles include Fast & Furious, Silver Linings Playbook and Aliens vs. Predator: Requiem.

He formed the Latino Actors Base with other Latino actors in 1992.

He made his Broadway debut in the Pulitzer Prize winning play Anna in the Tropics in 2003.

He was born in Brooklyn, New York. He welcomed a son, Clemente with his wife Jennifer Ortiz.

He appeared in the Brett Ratner directed series Blue Bloods.