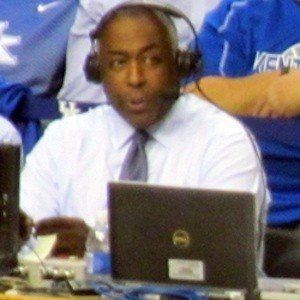 Play-by-play man who covered games for ESPN and NBA on ABC.

He was nominated for a Sports Emmy Award for Outstanding Sports Personality.

He had a brother named Bernie Saunders and he raised his children with his wife in Hastings-on-Hudson, New York.

He hosted SportsCenter during the 2008 NFL season with sportscaster Chris Berman.

John Saunders Is A Member Of