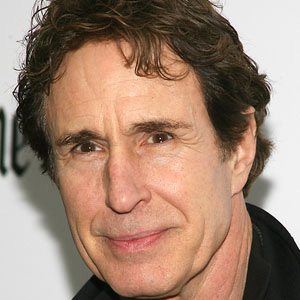 Actor who most famously played Lex Luthor on the ABC series, Lois & Clark: The New Adventures of Superman, and starred in the sci-fi film Freejack in 1992.

He studied theatre at Bates College and, later, at the renowned Yale School of Drama. He debuted on Broadway at age twenty-six in Yentl, winning a Theatre World Award for his performance.

He was a co-writer and director of the award-winning, 1998 independent film, Southie, which starred Donnie Wahlberg and Amanda Peet.

He and his first wife, Laura Pettibone, became parents to a son named Jake. Following his divorce from Pettibone, Shea married Melissa MacLeod, with whom he had a son and a daughter.

He appeared with JoBeth Williams in Baby M, receiving an Outstanding Supporting Actor Emmy for his role in the TV movie.

John Shea Is A Member Of