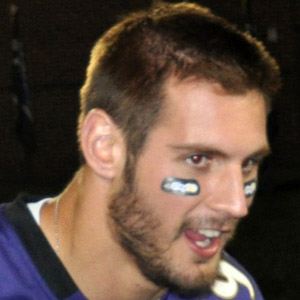 Linebacker who had limited play for the Baltimore Ravens his rookie season. He was the team's fourth round raft pick out of Ohio State in 2013.

He was the Big Ten Defensive Player of the Year and a Third-team All-American his 2012 season at Ohio State University.

He shares the same first name of his father.

He followed in the footsteps of Lamarr Woodley by being named the Big Ten Defensive Player of the Year honors.

John Simon Is A Member Of