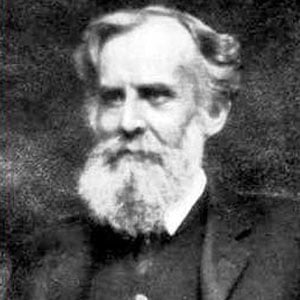 Best known as the originator of the ubiquitous Venn diagram, this late nineteenth-century philosopher and logician contributed to the fields of statistics and probability. His publications include Symbolic Logic and The Logic of Chance.

After earning a degree in mathematics from Gonville and Caius College, Cambridge, he became an ordained Anglican priest and also taught logic, probability, and morality at Cambridge University.

He ended his clerical career in the early 1880s, stating that his philosophical views were incompatible with the principles of Anglicanism.

Born in Yorkshire, England, he was the son of the prominent Anglican cleric Henry Venn and Reverend Venn's wife, Martha Sykes. His marriage to Susanna Carnegie Edmonstone resulted in a son, John Archibald Venn, who had a successful career as an economist.

He and Bertrand Russell were both prominent English logicians and philosophers of the late 19th and early 20th centuries.

John Venn Is A Member Of