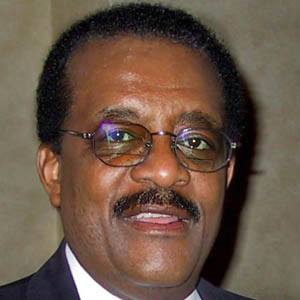 The American lawyer who was recognized through his participation in the defense of O.J. Simpson.

He was inspired by Thurgood Marshall's win in the case Brown vs. the Board of Education, and so decided to practice law.

His reputation as an early activist for victims of police cruelty was widely acknowledged.

His parents were both salesmen, his father in insurance and his mother in Avon products. He was married to Sylvia Dale from 1985 until his death in 2005. He had three kids named Melodie, Jonathan and Tiffany.

On top of representing O.J. Simpson, he also represented such celebrities as Michael Jackson, Tupac Shakur and Sean Combs.

Johnnie Cochran Is A Member Of