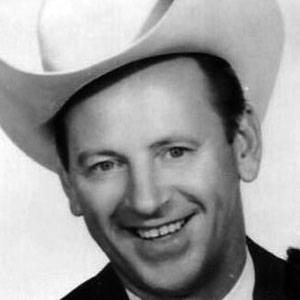 Popular country music singer known for being one half of the duo Johnnie & Jack. He has released hit singles like Hello Vietnam.

He was born in Mount Juliet, Tennessee and first performed with Jack Anglin in 1936.

He and Jack Anglin performed their farewell concert as Johnnie & Jack on December 31, 2000.

He was married to fellow country singer Kitty Wells.

Guitarist Ricky Skaggs was present at his final concert in 2000.

Johnnie Wright Is A Member Of