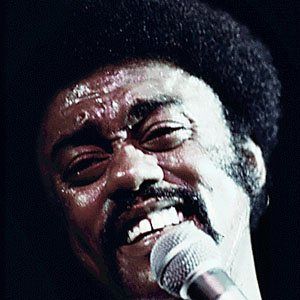 Legendary singer who sang music in a variety of genres, from doo-woop to disco to R&B and soul, over five decades of work.

His first musical group out of school was for the gospel group Highway QC's, founded by a young Sam Cooke, whom Taylor replaced.

He was honored with the Pioneer Award by the Rhythm and Blues Foundation after turning to the genre in the late 1960s and recording over a dozen hits.

He was born in Crawfordsville, Arkansas and he grew up in nearby West Memphis.

After signing with Stax Records in 1966, he began recording with the house band Booker T. & the MGs and their guitarist Steve Cropper.

Johnnie Taylor Is A Member Of