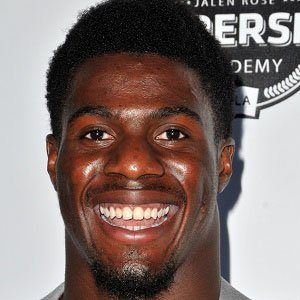 Multi-position defensive back and special teamer signed to the Cleveland Browns in 2012. He went undrafted out of Stanford.

He had over 40 tackles in each of his final seasons at Stanford University.

He was raised by a single mother in Washington, D.C.

Johnson Bademosi Is A Member Of