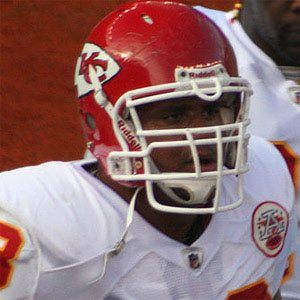 Offensive guard known particularly for his run blocking who made his NFL debut in 2010 for the Kansas City Chiefs.

He graduated from Rich East High School in Illinois.

In 2008, he was honorable mention All-Big Ten playing college football for the Illinois Fighting Illini.

He was born in Matteson, Illinois.

He joined All-Pro running back Jamaal Charles on the Chiefs in 2010.

Jon Asamoah Is A Member Of