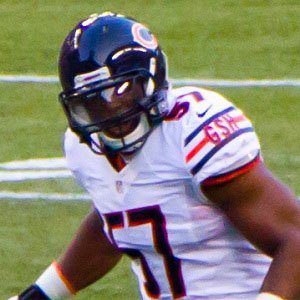 NFL linebacker who debuted in 2013 for the Chicago Bears. He was selected in the second round, 50th overall in the 2013 NFL Draft.

He made Second Team All-SEC in 2012 while playing for the University of Florida.

He made his first NFL interception on November 17, 2013, against the Baltimore Ravens.

His father, John Bostic Sr. also played in the NFL.

He was drafted by the Bears to help replace linebacker Brian Urlacher.

Jon Bostic Is A Member Of