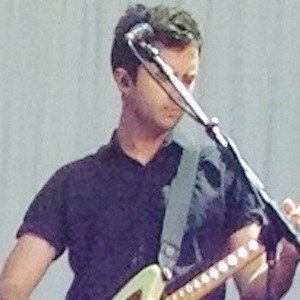 Multi-disciplined musician widely known as a touring member of the mega-popular band Paramore beginning the summer of 2010. Talented in rhythm guitar, keyboard, and percussionist, he is also a skilled songwriter with credits from bands like Kutless and Disciple.

After graduating high school, he moved to California to join the band Dizmas in 2004, thus beginning his musical career.

He formed the band General Ghost with partner Kyle Rictor and together they released their debut album Drifter Painter Drinker Sinner in 2014.

He married Natalie Taylor after their engagement in the fall of 2010.

He has toured with Paramore stars Hayley Williams, Jeremy Davis, and Taylor York.

Jon Howard Is A Member Of