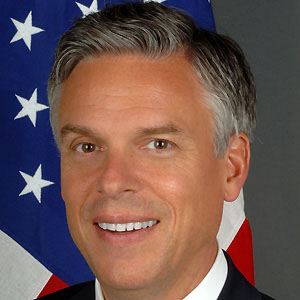 Republican politician who served as the 16th Governor of Utah from 2005 to 2009. He made an unsuccessful bid for the Republican nomination for President in 2012.

He dropped out of high school to pursue a career as a keyboard player.

Despite being from different parties he was appointed US Ambassador to China by President Barack Obama, a post he served from 2009 to 2011.

He has seven children with his wife Mary Kaye Cooper and he was brought up as a member of The Church of Jesus Christ of Latter-day Saints.

He lost the Republican nomination for President to fellow mormon Mitt Romney.

Jon Huntsman Is A Member Of