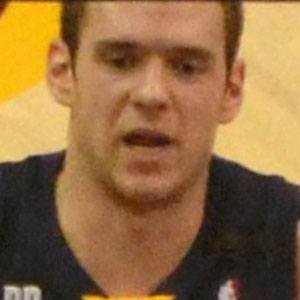 NBA power forward/center who began his career in 2011 with the Milwaukee Bucks. He played for the Memphis Grizzlies from 2013 to 2015 before a trade sent him to the Phoenix Suns.

He played four years of college basketball at Wisconsin.

He went overseas to play basketball in Germany with the Skyliners Frankfurt during the NBA lockout that came directly after he graduated college.

He was born to Mike and Holly Leuer.

He was teammates with power forward/center Zach Randolph on the Grizzlies.

Jon Leuer Is A Member Of