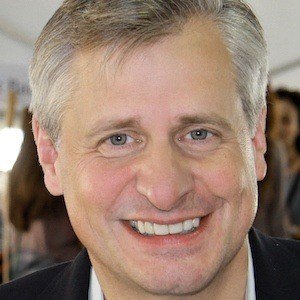 An American publisher, editor, journalist, and Pulitzer Prize-winning author, he served as executive editor of Random House. He is best known for his 2008 biography, American Lion: Andrew Jackson in the White House.

He worked as a television political commentator and also co-hosted the short-lived PBS news program, Need to Know.

He lived with his grandfather, the renowned Chattanooga, Tennessee judge, Ellis K. Meacham, during his teenage years. He later married Margaret Keith Smythe Meacham; together, they had three children.

He won the Pulitzer Prize for American Lion, his 2008 biography of Andrew Jackson.

Jon Meacham Is A Member Of