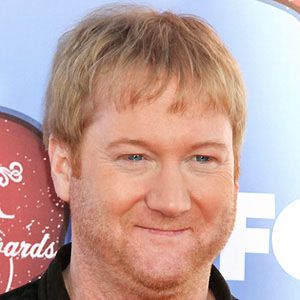 Stand-up comedian and actor, who won season five of the television show 'Last Comic Standing.' He had a prominent role in the fourth and final season of HBO's Eastbound and Down.

He graduated from North Carolina State University with a Bachelor's degree in Theater, Mass Communication, and Public & Interpersonal Communications.

He is known as 'The Hemi Guy' for saying 'That thing gotta Hemi?' in many Dodge truck commercials.

He co-starred with Kal Penn in "Harold and Kumar Escape from Guatanamo Bay" as the character Raymus.

Jon Reep Is A Member Of