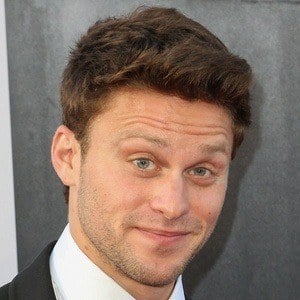 Comedian and actor who is known as being a cast member of the weekly sketch comedy series Saturday Night Live. He joined the cast during its 41st season in 2015-2016. In 2019, he began starring in Hulu's Catch-22.

He graduated with a degree in acting from the University of Southern California. In 2012, he won the Laugh Factory's Laugh Bowl college stand-up comedy competition.

He rose to prominence by appearing in several videos on YouTube that eventually went viral, including "True Detective: Oscar Parody" and "Straight Outta Newport." He posted them to his own eponymous account, with the former garnering over 1 million total views.

He has appeared alongside Leslie Jones on Saturday Night Live.