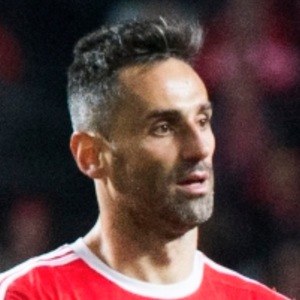 Brazilian soccer player who's best known for playing striker for Benfica. He also played for Valencia, Portuguesa, Grêmio, and the Brazilian national team.

He started his career by joining Guarani's youth team in 2003.

His parents Maria and Ismael Oliveira worked as teachers. He has two brothers, Thiago and Diego.

He played alongside Pizzi and Andreas Samaris for S.L. Benfica.

Jonas Gonçalves Is A Member Of