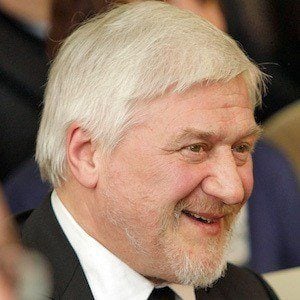 Lecturer, theatre director, and film director who was known in Lithuania and throughout Europe.

He worked as the artistic director of Kaunas State Drama Theater prior to directing films.

He directed well over 60 plays throughout his career.

His parents raised him in Lithuania.

He and Jonas Mekas were both directors from Lithuania.

Jonas Vaitkus Is A Member Of