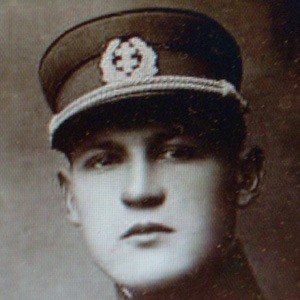 Most Popular#193634
Politician Born in Lithuania#16

Lithuanian politician who was the Head of State of contemporary occupied Lithuania from 1949 to 1954.

He finished at the Raseiniai Gymnasium First Class and started studying in the Kaunas War School.

He was also one of the leaders of the resistance against the Soviet occupation of Lithuania, joining the Lithuanian Freedom Army and the Lithuanian partisans and steadily rising to a position of leadership.

Most Popular#193634
Politician Born in Lithuania#16

Jonas Zemaitis Is A Member Of