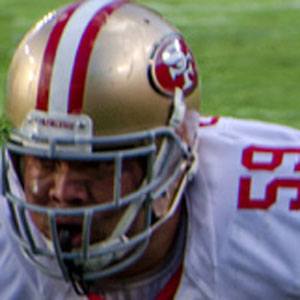 Center who made his NFL debut in 2002 for the New York Jets, and won Super Bowl XLIV with the New Orleans Saints.

He made the Pro Bowl in the 2009 season, but was unable to play in the game because he was also playing in the Super Bowl.

He raised and home-schooled three children, because of his football schedule.

He won a Super Bowl snapping the ball to star quarterback Drew Brees.

Jonathan Goodwin Is A Member Of