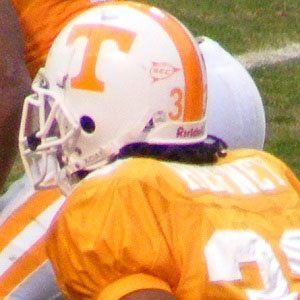 Defensive back who found success in the Canadian Football League as a member of the Winnipeg Blue Bombers and Calgary Stampeders. He previously played for a number of NFL teams including the Detroit Lions.

He was a four-year starter at the University of Tennessee, where he was a First-Team All-SEC selection.

He has a daughter named Tylee.

He and Jeff Garcia both played for the Calgary Stampeders in the Canadian Football League.

Jonathan Hefney Is A Member Of