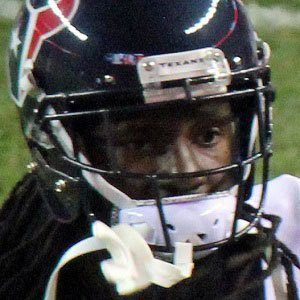 NFL cornerback who was selected 24th overall by the Cincinnati Bengals in the 2006 NFL Draft.

He won the Outstanding Defensive Back Award while playing for the South Carolina Gamecocks.

He caught an interception in a playoff game versus his former team, the Bengals, helping the Houston Texans to achieve their first ever playoff win.

He fathered a son named Jay'vion.

He was a cornerback in Cincinnati alongside Leon Hall, together forming what sports writer Peter King called the best tandem in the NFL.

Johnathan Joseph Is A Member Of