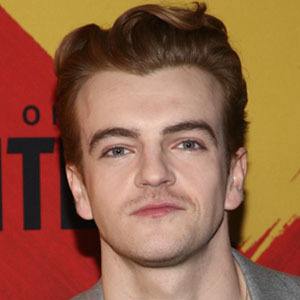 Cast member of the 2020 television series Hunters in the role of Tobias who had previously been best known for portraying Alex DeLarge in a stage adaptation of A Clockwork Orange. He also played Lee in the film Kingsman: The Secret Service.

He graduated from the Italia Conti Academy of Theatre Arts in 2013.

He appeared in multiple episodes of Casualty and Hollyoaks.

He began dating Rachel Bright in 2014.

He and Caleb Emery both landed recurring roles in Hunters.

Jonno Davies Is A Member Of