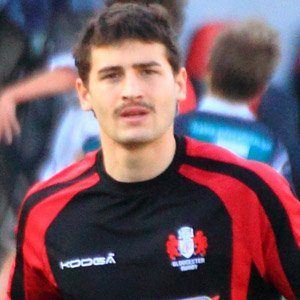 Rugby union player from England who began playing for Gloucester in 2009. He was Gloucester's Young Player of the Year for for the 2011-12 season.

He attended Hartpury College and played for the school's rugby team.

His try against Harlequins in 2012 earned him the Aviva Premiership Award for Try of the Season.

His father was a cattle veterinarian.

He has been teammates with Billy Twelvetrees on Gloucester.

Jonny May Is A Member Of