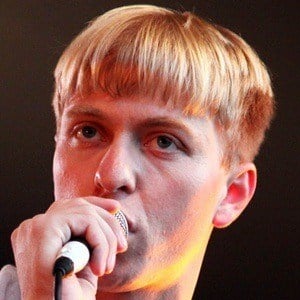 Singer who has been a member of the band The Drums, who were voted Best Hope for 2010 in Pitchfork Media's 2009 Readers' Poll. Their self-titled debut album The Drums was released in 2010 and was received well by critics.

He met The Drums co-founding member Jacob Graham at bible camp when they were 11 and 12, respectively.

He moved to Kissimee, Florida in 2008 to start the collaboration that eventually became The Drums.

His parents are religious and he often has discussions with them about the LGBTQ cause.

He is heavily influenced by Brian Wilson's group The Beach Boys.

Jonny Pierce Is A Member Of