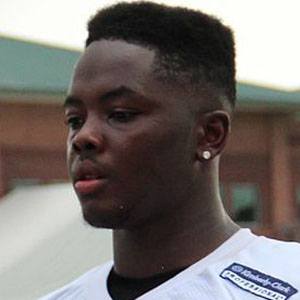 NFL linebacker who had 85 tackles and 3.5 sacks his rookie season. He was signed by the Falcons in 2013 despite going undrafted that year.

He earned a spot at Texas State after being a star at Waller High School.

His 96 tackles in 2012 were enough to merit Second-Team All-WAC honors at Texas State University.

He was raised by his mother Esther Jackson.

He played as a starter for the Falcons in 2013 after an injury to Sean Weatherspoon.

Joplo Bartu Is A Member Of