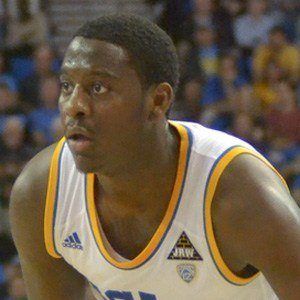 6'5" shooting guard who earned All-Pac-12 first team honors as a member of the UCLA Bruins in 2014. He was selected 22nd overall in the 2014 NBA Draft by the Memphis Grizzlies.

He played his high school ball at Oak Hill Academy in Virginia and was a part of the UCLA recruiting class that was considered the top class in the nation in 2012.

He helped lead the Bruins to a sweet 16 appearance in the 2014 NCAA Tournament where they fell to the overall #1 seed Florida Gators.

He was born in Atlanta, Georgia to Sabrina Johnson and John Adams and raised alongside sisters Jayla Black and Journey Johnson.

Steve Alford was the head coach of the Bruins during his sophomore season in 2013-2014.

Jordan Adams Is A Member Of