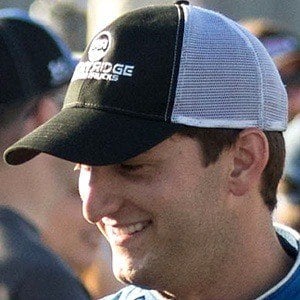 At the age of eight he began Kart racing. He graduated from Belmont Abbey College.

During his rookie year in the Camping World Truck Series he finished within the top 20 six times.

He grew up in South Carolina with his sister.

He was a part of Mike Harmon Racing team.

Jordan Anderson Is A Member Of