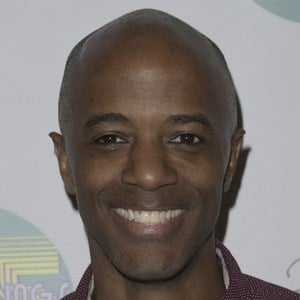 Comedian and actor most famous for his appearances on comedy shows like Community, Punk'd and Halfway Home. He is also known for his work with The Groundlings, performing in the improv shows The Crazy Uncle Joe Show and Cookin' with Gas.

His first credited television appearance came on the MTV show Trashed in 1994.

He is the creator of the all-black improv web series The Black Version, featuring comedians like Phil Lamarr and Cedric Yarbrough.

She co-starred with Octavia Spencer on Halfway Home.

Jordan Black Is A Member Of