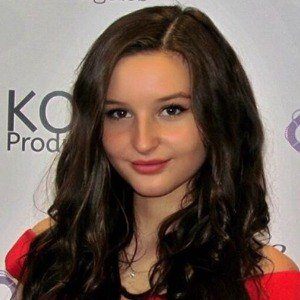 Actress who won a National Youth Award for her title role in the musical Annie. She earned her first screen role as Young Alex Danvers in CBS' Supergirl. Also a singer, she uploads cover songs to her self-titled YouTube channel.

She would write poetry often and perform at various bars in New York City. She was discovered by a producer while street performing in Central Park.

She has performed in stage productions of Charlotte's Web, Beauty & the Beast and Rocky Monster Show.

She was raised in New York City and Mexico. She is fluent in Spanish, English and French.

She portrays the younger version of Chyler Leigh's character in Supergirl.

Jordan Mazarati Is A Member Of