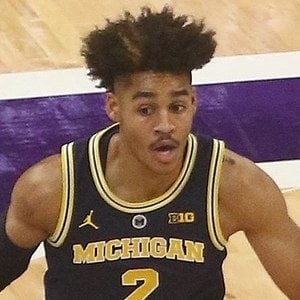 Guard who played two collegiate seasons at the University of Michigan and helped the team reach the 2018 NCAA Championship game. He was selected 28th overall in the 2019 NBA Draft by the Golden State Warriors.

He attended La Lumiere School in Milwaukee, Wisconsin before committing to Michigan.

In the second round of the 2018 NCAA Tournament, he hit a buzzer-beater three-pointer to clinch a victory for Michigan over Houston, sealing a Sweet 16 birth for the Wolverines.

His parents are named Monet and Anthony Poole.

He was teammates with versatile forward/center Moritz Wagner at Michigan.

Jordan Poole Is A Member Of