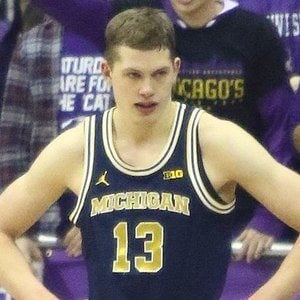 German forward who rose to fame as a member of the University of Michigan basketball team. He helped lead the team to the Sweet 16 in 2017 and to the NCAA Championship game in 2018. He was selected 25th overall in the 2018 NBA draft by the Los Angeles Lakers. In July 2019, he was traded to the Washington Wizards.

He started his basketball career in his home country of Germany, playing for the youth team of Alba Berlin.

He was voted the Big Ten Tournament MVP in 2018.

John Beilein was his coach at the University of Michigan.

Moritz Wagner Is A Member Of