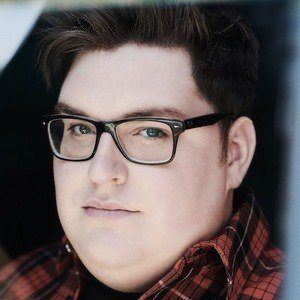 Pop and Christian singer who won season nine of the popular reality series The Voice as a member of Team Adam.

He began singing in choir at church as a child. He then later was named Poke Sallet Idol, a small town version of the popular series American Idol in Harlan, Kentucky.

His Christian singles "Hallelujah," "Mary Did You Know," and "Great is Thy Faithfulness" all topped out at #1 on the US Christian charts in 2015.

He was born in Whitley County, Kentucky to Kelley and Geri Smith. In June 2016, he married his longtime girlfriend Kristen Denny.

He performed opposite music producer David Foster at the 42nd People's Choice Awards, singing the Billy Preston classic "You Are So Beautiful."

Jordan Smith Is A Member Of