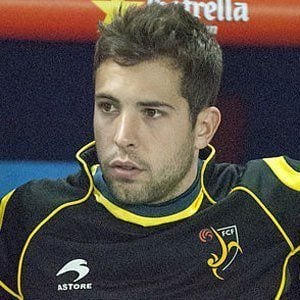 Spanish left back who joined Barcelona in 2012 after spending four years with Valencia. He helped lead Barcelona to a La Liga title in 2012-13 and became a member of the Spanish national team in 2011.

He began his youth career with Barcelona at the age of 9.

He was born to Miguel Alba and Maria Jose.

He became teammates with Xavi on Barcelona in 2012.

Jordi Alba Is A Member Of