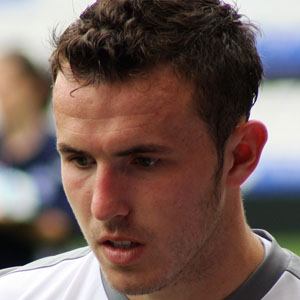 Midfielder who made his senior career debut in 2008 with Birmingham City. He joined Cardiff City in 2012.

He played youth soccer for both Derby County and Birmingham City.

When he was 15 he was selected for a Birmingham City League Cup match, but the Premier League would not let someone of his age play.

He was born and raised in Alvaston, Derby, not too far from where he eventually began his youth soccer career.

He began his career at Birmingham City, playing for manager Alex McLeish.

Jordon Mutch Is A Member Of