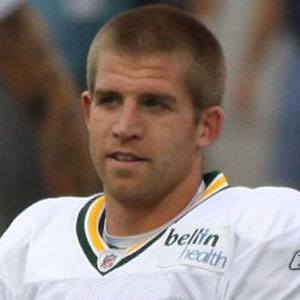 NFL wide receiver who had a breakout year in 2011, catching 15 touchdown passes for the Green Bay Packers. He helped the Packers win Super Bowl XLV in 2011.

He was an All-American during his senior season at Kansas State University.

He earned a $13 million contract extension with the Packers after his outstanding 2011 season. He was named AP Comeback Player of the Year after the 2016-17 season.

He has a son named Royal with wife Emily Nelson.

He became a favorite target of star quarterback Aaron Rodgers.

Jordy Nelson Is A Member Of