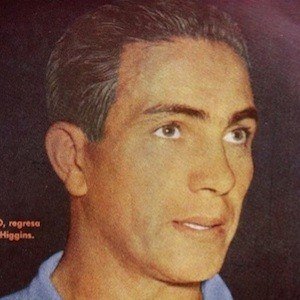 Chilean soccer player known for his time on the English team Newcastle United.

He and his family moved to England when he was five years-old.

He played for Chile in the 1950 World Cup, despite speaking no Spanish.

His father was Chilean and his mother was English.

He and Marcelo Salas are both football players who were born in Chile but played in other countries.

Jorge Robledo Is A Member Of