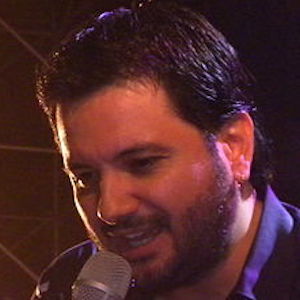 Renowned singer, composer, and producer who is known for being part of the musical group Los Nocheros. He is also known for his solo career and for penning and singing the songs "No Saber de ti" and "Look for it in your heart".

With a passion for singing early on, he first began performing in the 1990s. After a member left Los Nocheros in August of 1993, he joined the group. He began his solo career in April of 2005 when he released his first solo album La Vida.

In addition to his own singing career, he is also known for for his producing and has worked with several Argentine artists including Chaqueno Palavecino and Los Carabajal.

He was born in the city of Cutral Co, Neuquen and at the age of 9 moved to Marca Borrada near Tartagal, Salta.

He shared a photo with pop singer Lucas Sugo to his Instagram in November of 2017.

Jorge Rojas Is A Member Of