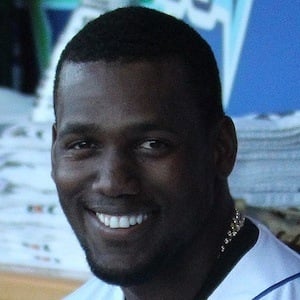 Cuban right fielder who made his MLB debut with the Chicago Cubs in 2014. He was a member of the Cubs' 2016 World Series Championship team. After the 2016 season, he was traded to the Kansas City Royals.

He defected from Cuba in 2011 with the hope of playing in MLB.

He is one of the few major leaguers to have hit a home run in his first career at bat. He won a bronze medal representing Cuba at the 18U Baseball World Cup.

His father is Jorge Soler, Sr.

He became teammates with pitcher Felix Doubront in Chicago in 2014.

Jorge Soler Is A Member Of