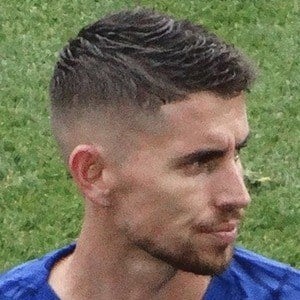 Also known as "Jorginho," he was a professional midfielder for the Italian club Napoli from 2014 until 2018, when he signed with Chelsea FC. He has been a member of Italy's national team since 2016.

His youth career began with the club Verona where he started training and playing in 2007. In 2010, he was moved up to their first team where he debuted his professional career. In 2014, he joined the football club Napoli and in 2016 made his debut with Italy's national team.

He was born in Imbituba, Brazil. Because his grandparents were from Italy, he was able to gain citizenship and move to the country at the age of fifteen. He began a relationship with Catherine Harding.

Jorginho Frello Is A Member Of