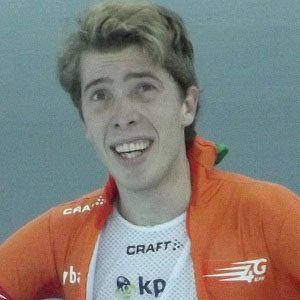 Dutch speed skater who won the gold medal in the 10,000 meter race at the 2013 Winter Olympics. He won his first World Single Distance Championships gold medal in 2013.

He was born in Oldeboorn and began skating for the BAM team in 2010.

He and Ireen Wust are both Dutch Olympic gold medalists in speed skating.

Jorrit Bergsma Is A Member Of