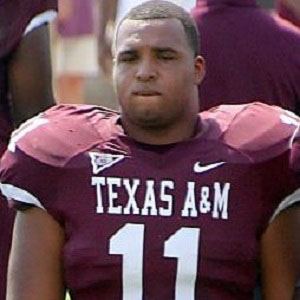 Fullback who made his professional debut in 2010 for the Indoor Football League's West Texas Roughnecks; played college football at Texas A&M, where he was a running back his first three years, but converted to fullback his senior year.

He was a two-time All-State selection at Lufkin High School in Texas.

After a few years in the Indoor Football League and Arena Football League, he signed with the Miami Dolphins before the 2012 season, but was not activated before being released in 2013.

Jorvorskie Lane Is A Member Of